The camphor tree is native to China and Japan where it is commonly used for oils and timber. It can also be found throughout Florida, Georgia, and western Texas. Camphor is an evergreen tree with oval leaves, and narrow twigs that are initially green but change to reddish brown. It also has black or blue fruit and white flowers. Camphor tree bark texture goes from scaly to irregularly furrowed with flat topped ridges. 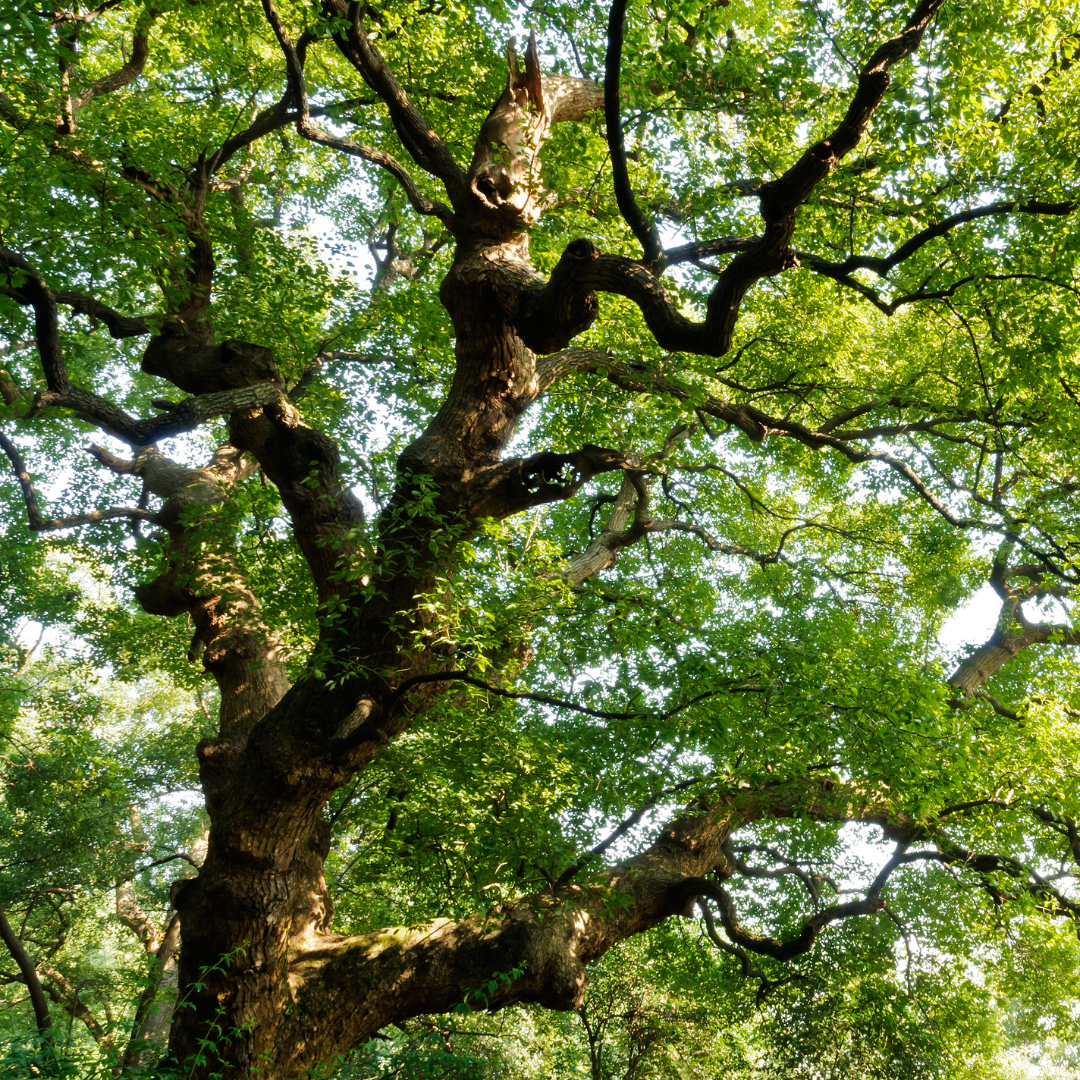 Throughout history camphor essential oil has been used by both Chinese and Indians for religious and medicinal purposes. Its vapors were believed to have healing effects on the mind and body. It was also used as an ingredient for medicine meant to address symptoms of colds. Camphor oil has been used for skin ailments such as eczema, gastritis, and even stress-related concerns. It was used as a disinfectant ingredient in fumigations at the time of the plague as well as in embalming procedures during the 14th century in Europe and Persia.

Today camphor oil is commonly used in aromatherapy, cosmetics and for medicinal purposes.For aromatherapy it is said to help relieve common symptoms related to colds like: headache, stuffy nose, sore throat, coughing and in the recovery process. It is also used to overcome feelings of stress and fatigue. 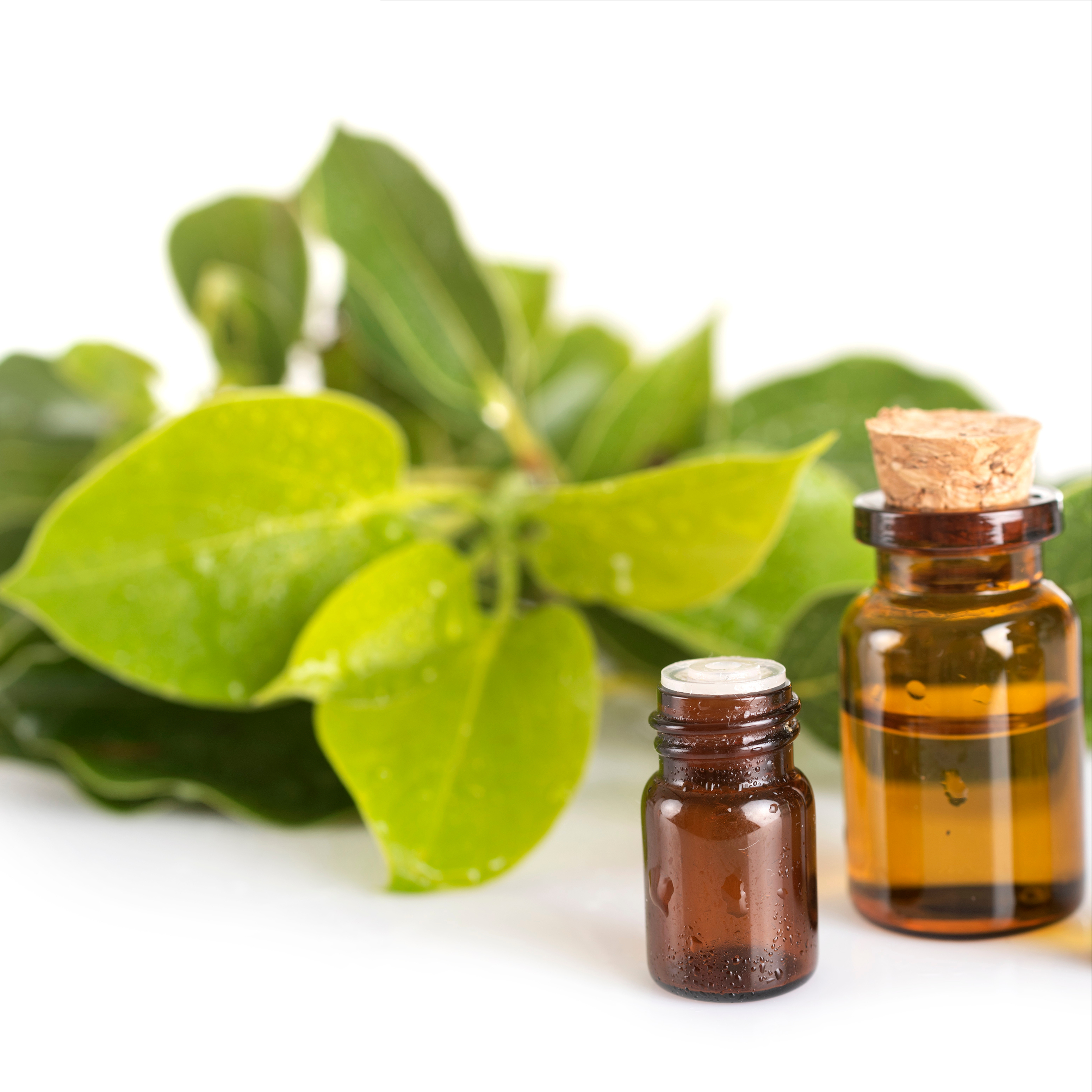 It is commonly used in cosmetics because the cooling effect can soothe inflammation, redness, sores, insect bites, itching, irritation, rashes, acne, sprains, and muscular aches and pains. Its anti-bacterial and anti-fungal properties help protect against contagious viruses, such as those associated with cold sores, coughs, the flu, measles, and food poisoning. When applied to minor burns, rashes, and scars, camphor oil is known to reduce their appearance and even remove them altogether while calming the skin. Its astringent property tightens the pores to leave the complexion looking firmer and clearer. The anti-bacterial properties help treat acne by removing harmful germs.

In medicinal applications camphor oil is used to stimulate and boosts bodily systems such as circulation, digestion, excretion, metabolism, and secretion. It has detoxifying properties that further assist the bodies systems by removing harmful toxins or gases. The cooling effect of its anesthetic property can relieve pain by temporarily obstructing the skin’s sensory nerves to calm the brain and to desensitize areas of the body affected by pain.

We use camphor essential oil in a number of our skincare products due to its variety of healing properties. Our cold and flu products such as our Cold & Sinus Herbal Balm, Cold & Flu Season Bed & Body Herbal Mist, and Cold and Flu Season Bath Salts all contain camphor oil in them. These three items are a staple in any household, especially during cold and flu season! 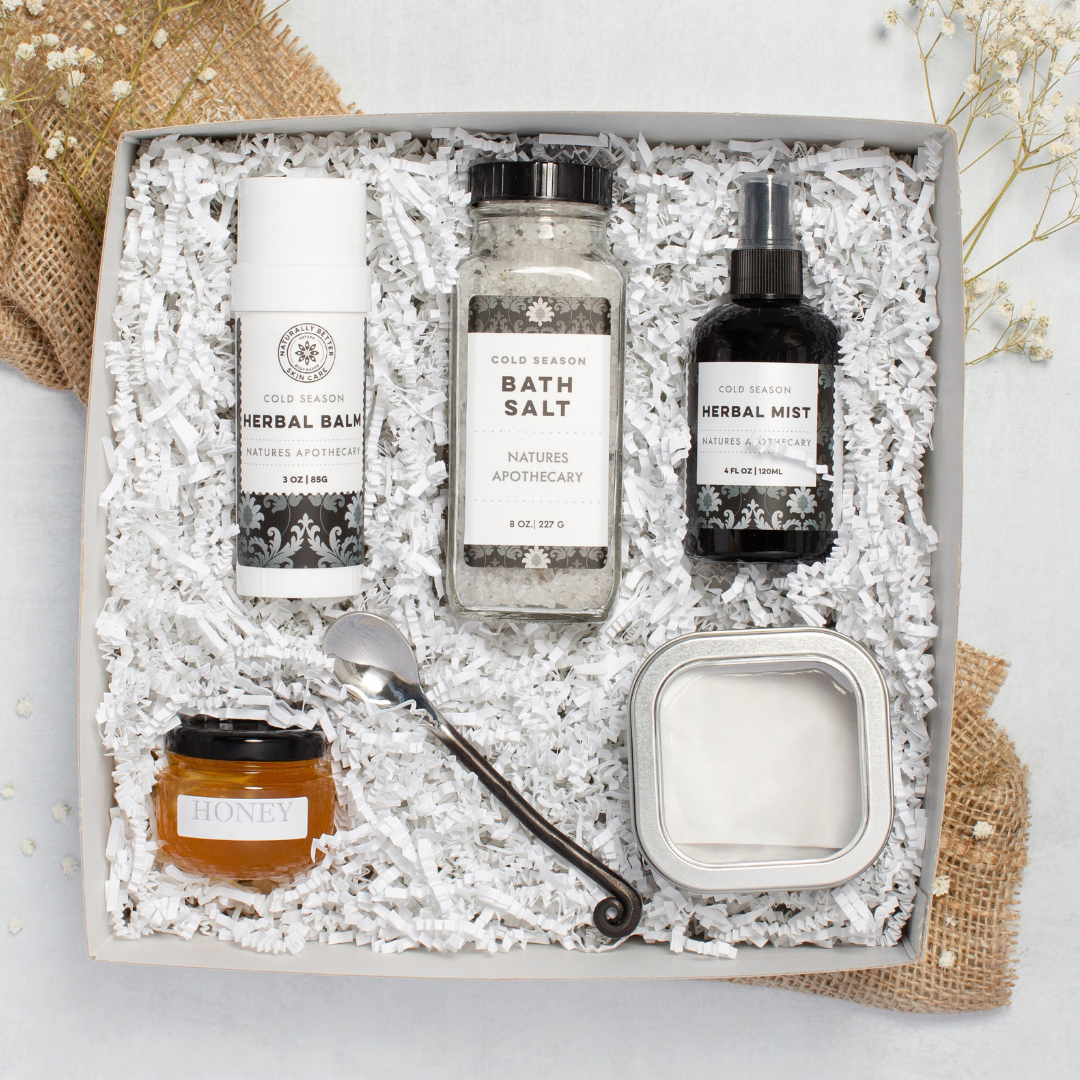 Our Cold & Sinus Herbal Balm is a non-medicated formula that contains natural beeswax and high-quality organic oils such as: camphor, eucalyptus, tea tree and lavender. These oils create a perfect combination to calm, soothe and relax you. If you absolutely had to chose one product for this cold and flu season, this would be it.